Everybody wants more space in their DVR right? And if you have TiVO you can purchase one of the ludicrously overpriced hard drives with the custom partitioning scheme called a “tivo expander” that western digital sells to pair with the drive in the TiVO. When I first decided to do this I was appalled that they should cost so much more than the cheapest drive from WD that I could find. They can’t be any different can they? It didn’t seem like online at the time people were having very good luck creating one for themselves with a regular disk and it turns out the plug on the TiVO is not a standard SATA plug but something slightly different, or at least the plastics are keyed differently meaning you can’t plug in the same cable you got with that el-cheapo drive.

So I gave in and bought one. It ran happily for years and then died. It’s been in the bottom of a drawer with dozens of other dead or now unneeded pieces of kit that I’ve been unable to part with. Recently I’ve been cleaning out my flotsam but rather than throwing them out I’ve been pulling them apart and hanging the boards up on my bathroom wall as a kind of geek wallpaper. So I tore into this drive to get the board out and the platters to hang up on the wall and was surprised to see that it actually is considerably overbuilt compared to other disk drives I’ve torn apart. The first thing that clued me in was the thickness of the platters themselves. They are twice as thick as a non-TiVO platter from WD. 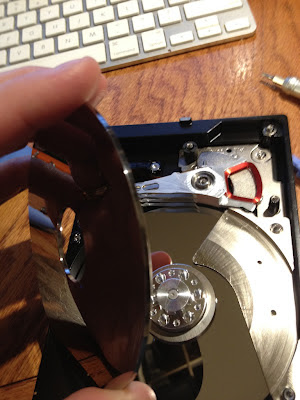 when I picked it up I knew I should be taking a picture of this for posterity. Here it is compared to a disk from a more recent WD disk that failed: 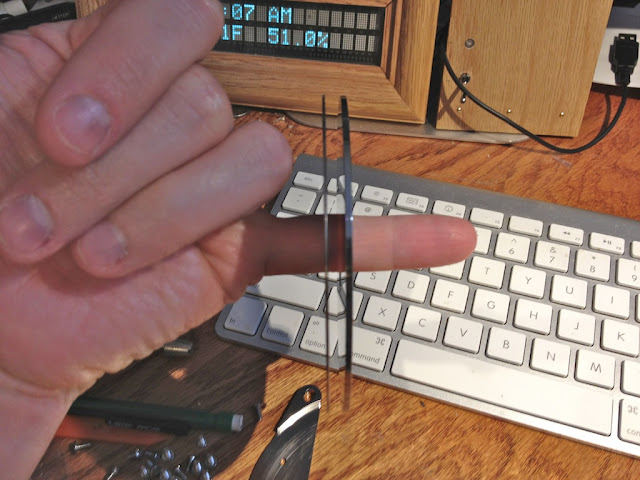 By caliper measurement it’s actually twice as thick at 1.75mm! 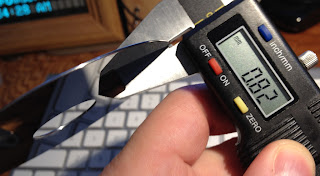 the other WD platter at .82mm 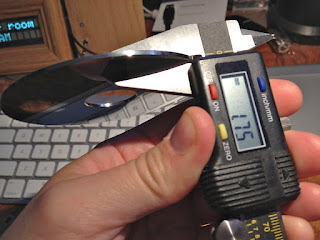 Additionally there were these odd spacers between each platter, just machined pieces of aluminum: 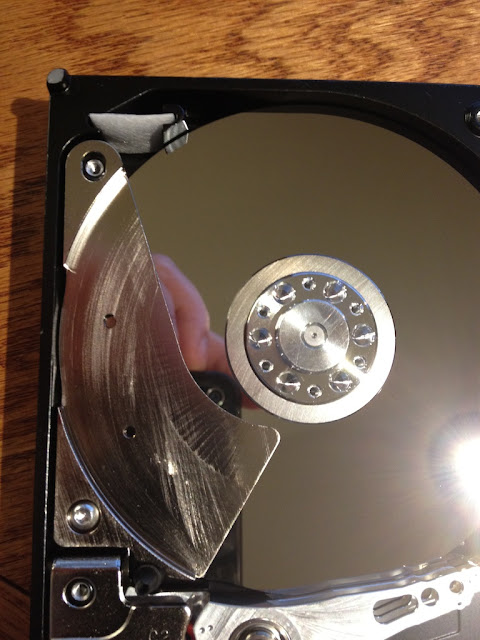 What purpose they could serve I don’t know but I’ve never seen them in any other drive I’ve torn open, though I’m far from an expert on disk drives.

So it seems to me that these drives are actually built to a higher spec than the cheaper drives we get for most other things. I dont know if that helps, this one still didn’t last as long as it should have, but it does explain why they are more expensive, it’s not just a branding issue with TiVO.
Posted by James Sentman at 12:49 PM